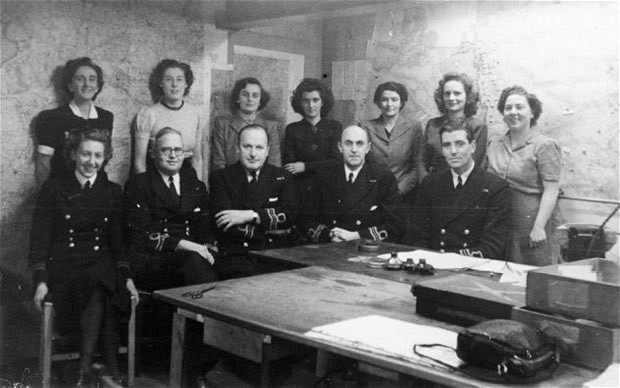 The Second World War is the setting for some of history’s greatest espionage tales. Public imagination is frequently captured by the image of a suave and intelligent agent undertaking covert missions for Queen and country. This post will detail one of the more unusual of these espionage stories – ‘Operation Mincemeat. A plan which was masterminded by Ewen Montagu and targeted the German intelligence orginisation, Abwehr.

The agent used in Operation Mincemeat was worlds away from the charming and sophisticated agent popular culture often likes to depict – he was a semi-literate tramp from Aberbargoed, Wales. This agent’s name was Glyndwr Michael. Whats more is that Michael was already dead when he successfully carried out his mission.

Michael’s personal history is one of sadness and tragedy. His father committed suicide when he was just fifteen years old and his mother died sixteen years later. He was left penniless, homeless, and depressed. Shortly after the death of his mother, Michael moved to London in search of work and money. This move ultimately turned out to be fruitless and he had no other option but to live on the streets. It was not long until his unconscious body was found lying in an abandoned warehouse near Kings-Cross. He was on deaths door after ingesting rat poison that contained phosphorus. He died two days later in hospital. Many believe he took his fathers course of action and consumed the poison to purposefully kill himself. However, it has also been said that his death was an accident and that the poison had been smeared onto pieces of bread to attract and kill rats, and Michael, desperate for food, ate the bread.

It is at this point that Glyndwr Michael’s life takes a turn to the extraordinary. The government had been looking for a dead body to be used in a mission that would be used to deceive Hitler himself. ‘Operation Mincemeat’ involved giving the Germans ‘top secret’ documents that detailed an imminent invasion of Greece and Sardinia by Allied soldiers. The documents were to be attached to the apparent dead body of a British pilot that would be found washed up on the shores of Punta Umbria, Spain.

So extraordinary is Michael’s life that it is being turned into a Hollywood movie, with Colin Firth set to have a starring role.

Locating a suitable body was proving to be an almost impossible task. This was largely because indiscreet inquiries would cause talk, and telling the dead man’s next of kin what the body was intended for was impossible due to the risk of leaked details. As a result of Michael dying alone, the family complications expressed above were not an issue and thanks to the fact that he did not immediately die from the poison, it would make the real cause of death hard to decipher if the Germans were to carry out an autopsy. The body of Michael was as good as any the British government was going to find and they got to work.

Michael’s ‘first’ death was as a lonely tramp – his second was as a valiant war hero named ‘Major William Martin’ a pilot belonging to the Royal Marines.

In his new identity as Major Martin, he was given a fiancee named Pam. On his person was a small photo of Pam (actually a picture of MI5 clerk Nancy Leslie), two love letters, and a jewelers bill for an engagement ring. The new life and legend of Michael had been created and the Germans would believe it totally.

On the 30th April 1943, the Royal Navy submarine HMS Seraph surfaced and ‘Major Martin’ was gently pushed a mile off the coast of Spain near Huelva, where Adolf Clauss, a German intelligence agent for the Abwehr was known to be residing as an agricultural technician. The documents were attached to ‘Major Martin’ by a briefcase chained to his wrist.

The endeavor was a resounding success, and when the Spanish found the body it was reported to Klauss, who gave the information to Karl-Erich Kühlenthal, the German’s most senior Abwehr agent in Spain. The Spanish were proving to be stubborn in relieving the documents to German intelligence. Because of this Wilhelm Canaris, the head of the Abwehr, was asked to personally intervene in persuading the Spanish to surrender the documents from his Abwehr headquarters in Germany. This was eventually achieved by the Germans and they made copies of documents and radioed the text over to Berlin immediately. The documents were then handed back to the Spanish authorities and returned to the British in their original envelopes.

Winston Churchill was in the United States at the time but, nevertheless, still received a message through Ultra, that stated:

This was also largely achieved thanks to Montagu having ‘Major Martin’ included in the published list of British casualties which appeared in The Times on June 4th, in case the Germans checked up there – it is now known that, Joseph Goebbels, the Head of Nazi Propaganda,  read The Times everyday. By sheer coincidence, detailed in the same report was the names of two other officers who had died when their plane was lost at sea. This gave further credence to Major Martin’s story.

Adolf Hitler was personally convinced that the bogus documents contained genuine plans for Allied troop movement. He disagreed with Mussolini, who believed Sicily remained the most likely invasion point.

The German defensive efforts were substantially redirected thanks to their newly obtained information. They sent reinforcements to Greece, Sardinia and Corsica, instead of Sicily. On July 9th, the Allies invaded Sicily in Operation Husky. Operation Mincemeat was so convincing that the Germans remained fooled for a further two weeks after the Allies landed. They remained adamant that the main attacks would occur in Sardinia and Greece, and kept forces over there and out of the real action until it was too late.

When Michael died as an insignificant tramp on the streets of London who could have ever predicted he would go on to embarrass Goebbels and Hitler, and play a key part in the success of an Allied invasion.

The body of Michael was handed over to the British Vice-Consul,  and on the 2nd of May, “Major Martin” was buried in the San Marco section of Nuestra Señora cemetery in Huelva, with full military honours.