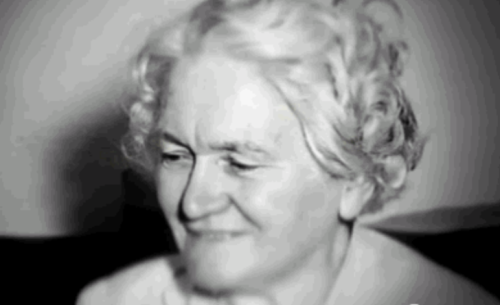 For those looking to find out more about WW2, the Third Reich and Adolf himself, Paula Hitler is an extremely interesting person to look into.

Hitler was an extremely private man and it remains the case today that there isn’t a large amount of detail on what the man behind the animated speeches and hand gestures was really like. For insights into Hitler the man, we rely heavily on personal recollections and stories from his associates. Such stories rely on the individual telling them and therefore they can be prone to misremembering, exaggeration, or self-censoring. This often throws up questions of reliability.

This is why Paula Hitler is such an interesting source. Although not excluded from the above reliability problems, she alone can offer an entirely unique perspective on Hitler; the last surviving family member of the small town boy dressed in Lederhosen to the tyrant that tried to conquer the world.

Adolf and Paula Hitler and a tragic childhood

Lets first briefly look at the Hitler family and Adolf and Paula’s upbringing to provide context.

Family life for the Hitlers was turbulent and unhappy, marred by numerous deaths of Adolf and Paula’s siblings.

Hitler’s parents, Alois and Klara, had six children of which three tragically died in infancy. They were Gustav, Ida, and Otto. Three Hitler children lived past infancy and Hitler was the eldest. He had a younger brother called Edmund who was born in 1984 and a younger sister, Paula, born 1896.

Devastation would call again for the Hitler household when Edmund died of measles in 1900. Hitler was just 11 years old. It is said that Adolf was particularly and deeply effect by Edmund’s death.

It was around this time when family tensions arose in the Hitler family, especially between Adolf and his father. Alois Hitler had forged himself a successful career in the customs bureau and was adamant his son should follow a similar path. It is well known that Hitler had a strong desire to become an artist, so when he was denied the chance to go to a classical school to study art and instead sent to a technical school in Linz this upset him deeply.

In Mein Kampf Hitler said he purposefully rebelled and performed badly in school in the hope that he would get pulled out and sent down his preferred path of becoming an artist. Writing in his book Hitler hoped that after his father saw “what little progress I was making at the technical school he would let me devote myself to my dream”[1]. After his father’s death in 1903 his performance in school dropped yet again and his mother allowed him to leave the school.

Paula Hitler’s relationship with her brother

It has often been said that Hitler himself was a sickly child and given the rocky relationship with his father he naturally gravitated towards his mother and when he did eventually drop out of the technical school in Linz it was only because of his mother that he stayed around.

When she fell ill in 1907 Adolf cared for her right up until her death in that same year. It seems there was little brotherly affection or sense of duty towards his sister because after this latest tragedy, Adolf left home and Paula would not see him again for another 13 years between 1908 – 1921.

Of this period, Paula said “I have no idea what he did at this time. I did not know if he was still alive.”

However before deserting, he did sign over his meagre orphans pension over to Paula with him now able and old enough to support himself. Here we have what could be construed as a lone act of compassion – maybe even brotherly love – though this act of solitary act of kindness is ultimately undermined by his total abandonment of her.

Paula Hitler on what it was like growing up with Adolf

I have found the most useful sources of information for Paula Hitler and her relationship with her brother to be her interrogations and interviews after the war. These provide the best insight into growing up with the future Fuhrer. Paula says that she didn’t spend that much time with her brother due to their age gap of 7 years and Hitler never considered her a ‘playmate’. He did, however, play a leading role amongst his friends, of which she says he had many. He would take charge in their activities, his favourite game being cops and robbers (one can’t help but wonder which side he preferred playing on).

She recalled that he was always coming home too late in the evening; “He got a spanking every night for not coming home on time”[2] On the surface this would appear to be an unremarkable comment, but a continued defiance of the rules and lack of consideration and ineffectiveness of punishments indicate a problem with authority and following rules from a young age. This is backed up by his later rebelliousness and lousy school record.

On Paula and Adolf’s reunion in 1921, Paula certainly demonstrates an air of resentment towards her brother on his random arrival at her place of work in a Jewish university dormitory; “I told him that it would have been much easier for me if I had a brother”. At this he appears to become defensive stating: “I had nothing myself. How could I have helped you? I did not let you know about myself because I could not have helped you.”[3] The case remains that after a 13 year absence Hitler did decide rekindle a relationship with his abandoned sister. The reason could be down to a sense of duty towards his only direct family member or maybe even something more sympathetic. The latter may be the case as Paula recalls it was like “he had fallen from heaven… He was very charming at the time. What made the biggest impression on me was the fact that he went shopping with me. Every woman loves to shop.” This surely indicates that there was a level of compassion and kindness felt by Hitler towards his sister. He could have easily just left his sister to fend for herself like she had had to do for the 13 years prior.

Many people put Hitler’s rejection from the Academy to study art as the straw that broke the camel’s back and turned Hitler towards right-wing and fascist activities. On his rejection from the Academy in Vienna they said there was “an unfitness for painting”[4]. According to his sister, in school he was very good in some subjects, very bad at others, and lacked any outstanding academic prowess in any. His poorest was maths and physics which could explain why he was unable to get on an architecture course like was recommended to him when getting rejected from the Academy. He also expressed an interest in studying architecture himself.

From 1929, Paula would only see and receive a letter from her brother once a year and the letters were often short and lacked any real sentiment, her saying that he had little family sense – something which he picked up from their father. No matter how little involved he was with her, being Hitler’s sister still negatively impacted Paula’s life. In 1930 Paula lost her job in a Viennese insurance company when it was discovered who her brother was. After this, Hitler would provide her with a monthly pension of 250 schillings and after the Anschluss (annexation of Austria by Germany) her pension changed to 500 marks a month.

“Mrs Wolff” Paula is instructed to change her name

Six years later, during the 1936 winter Olympic games, Hitler told Paula to change her name and remain in the strictest of incognito and so she became Mrs Paula Wolff, choosing the title of ‘Mrs’ because to her it seemed more inconspicuous. She excelled in keeping her identity a secret, so much so that when she travelled to Berlin in 1940 to see her brother the SS didn’t even know who she was. In 1945 she was told to flee to Berchtesgaden for fears of her life. On being told she had to leave in 2 hours she said that it was not possible due to her vegetable garden and that they would have to wait until the next morning. This gives the impression that she tried to keep herself at a distance from what was going on around in the world by not knowing the severity of her position as Hitler’s sister. ‘Ignorance is bliss’ and she could well have buried her head in the sand – after the war she was a holocaust denier.

“He was still my brother”

In an interview with US Intelligence when the subject moved to her brother’s suicide Paula broke down in tears, saying that Hitler’s death affected her very much; “He was still my brother, no matter what happened. His end brought unspeakable sorrow to me, his sister.”[5] This last quote sums up Paula and her brother’s relationship well. They were never admittedly close, never ‘playmates’ and they were apart for most of their lives yet Hitler did choose to remain in contact with his younger sister and provided for her both when he had very little and when he was in a position of power. His motives to this end will never truly be known and we can speculate on whether it was a moral sense of duty or whether it was out of love, but what is known is that he had a choice and he chose to care for her sister. As for Paula, one gets the impression that she chose to keep herself at a distance from what was going on around her, for fear that it would be known who her brother was but also maybe because she knew that her brother was trouble. She once said in an interview “I must honestly confess that I would have preferred it if he had followed his original ambition and became an architect… It would have saved the world a lot of worries”. The understatement of the century perhaps?