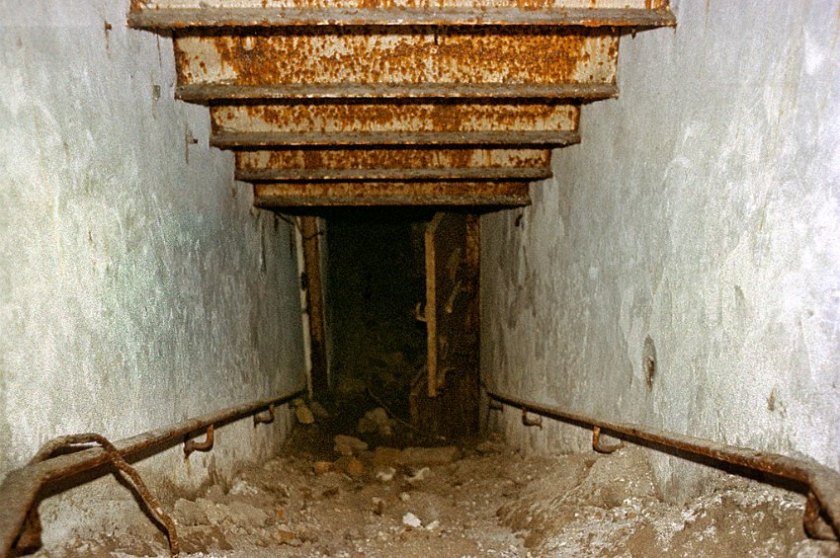 The Hitler Bunker or Fuhrerbunker was located in the centre of Berlin and its legend is kept alive as the spot where Hitler committed suicide, shotting himself in the temple.

Read about the Fuhrerbunker and watch our video that takes you down the steps and into Hitler’s final moments.

A brief overview of Hitler bunker and its location

The Fuhrerbunker was a vast air raid shelter located right in the centre of Berlin, located in the garden of the Reich Chancellory.

It was built in two phases; the first phase was in 1936 when it was being built as a temporary air raid shelter for when Hitler was in Berlin – which wasn’t that often during the war. Therefore the construction was fairly straightforward and did not need to be too elaborate.

However, as the war progressed salong with the boming of Berlin, so too did the needs of the Fuhrerbunker. In 1944 the Hitler Bunker was expanded into a labyrinth of underground rooms and chambers.

This subterranean complex would be the setting to some of WW2’s significant events and decisions. It would be Hitler’s home during the final weeks of the war.

It’s where Hitler married Eva Braun. It’s also where he and his new bride killed themselves. There bodies were burnt in the grounds outside the entrance.

Images of the bunker

For more images of the bunker scroll down and watch our video.

If you have been to the usual tourist spots in Berlin you may well have passed the location of the Hitler bunker without realising. It is right in the centre, near to the Reichstag building, Holocaust memorial, Brandenberg Gate, and Checkpoint Charlie.

Inside the Hitler Bunker

In 1987, Robert Conrad broke into the Fuhrerbunker over 30 times, risking years in prison to take photos of Hitler’s final headquarters. His photos were taken during construction of the surrounding area, meaning he only had a very short window to break in and explore the Hitler bunker.

Watch our video to see what he found down there.

As mentioned above, there is no real evidence of the bunker today. The authoritites obviously decided not to make a big deal of the sites location due to its morbid history and for fears of making the site a memorial spot to the Fuhrer.

The site is now an anonymous carpark, nestled among some of Berlin’s best known and busiest tourist spots.

The Hitler bunker was destroyed by explosives and filled with concrete in the decased after the war. However, some chambers and some walls are said to still exist.

It is a shame such a momentous location and key part to WW2 history has been erased. It would serve as a deft reminder of what happened and would have been made a fantastic museum, similar to Churchill’s war rooms in London.

For years, there was nothing to inform people of the spots history or the significance of where you might have found yourself standing. However, recently authorities decided to mark the location with an information board. You can see it below:

Should the bunker have been preserved as a bunker?